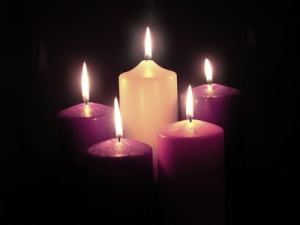 Our journey has begun into the Advent season. People have different expectations about the days leading up to Christmas depending on a person’s upbringing. As a society, we have become so touchy, afraid to stand up to our own values for fear of offending others politically and spiritually when it comes to the holidays.

I believe we all come to our understandings about faith or not in different ways. In the New Year, a movie called Tapestry staring Stephen Baldwin and Burt Young is due to be released. It is one man’s story of his spiritual journey.

Although I have yet to see the movie that is now being filmed in New York City, I wonder if this film is a reflection of Baldwin’s own tale of enlightenment or discovery. He has said this about his role in the film, “After 25 years in the film business, the projects I choose now must motivate me on a creative level that inspires and elevates my sense of art and spirit.”

If you are inclined to question and seek to form your own beliefs about a higher being or the creative or spiritual world, keep your eye on this film release in 2016.

This blog is brought to you by the author of the EVVY award-winning book Gift of a Lifetime: Finding Fulfilling Things in the Unexpected.