The ability to relate and to connect… lies at the very heart of any creative use of the mind, no matter in what field or discipline. — George J. Seidel

Not being able to connect with other people can be painful especially for a teenager. When it’s relationships between numbers that turn you on rather than associations with people, finding fulfilling human interactions is difficult.

Such is the storyline behind A Brilliant Young Mind, a film soon to be released on September llth and this movie is getting great reviews. 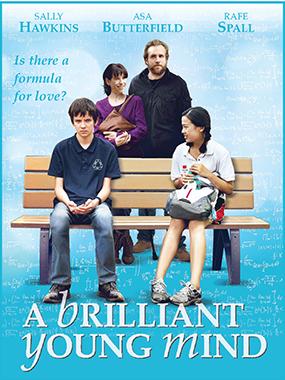 Read the full synopsis of the movie here.

Happy Film Friday! Have a great weekend everybody. We will be back here on All Things Fulfilling on Monday.

This blog is brought to you by the author of Gift of a Lifetime: Finding Fulfilling Things in the Unexpected and Lessons of Heart & Soul.

Be who you are and say what you feel because those who mind don’t matter and those who matter don’t mind.” ~ Dr. Seuss

We’ve all encountered moments in our lives where we just want to dig a hole and bury ourselves. Those times often occur as a result of misconstrued friendships, communications and relationships.

That Awkward Moment, a film coming to the silver screen from Treehouse Pictures, is scheduled to be released in theatres on January 31, 2014. A romantic comedy about three best friends, played by Zac Efron, Miles Teller and Michael B Jordan, who find the dating scene confusing because first impressions sometimes change as a relationship deepens. What one says and how one acts can be two different things which can lead to hilarity leaving the involved parties scratching their heads.

This might be a particularly fulfilling movie for those who enjoy romantic comedies and stories about friendships.
Put this upcoming film on your calendar!Click for info and ordering That Awkward Moment

Have a great weekend. See you on Monday on All Things Fulfilling. This blog brought to you by www.CornerstoneFulfillmentService.com.