“At the center of every fairy tale lay a truth that gave the story its power.” ~ Susan Wiggs

There is a new Disney movie that is soon to be released called Brave. It is about family, protecting a kingdom and Celtic legends. The Highlands of Scotland is the setting for this production. A great Christmas present for the entire family. Click for info & ordering Brave

Besides an opportunity to tell a fulfilling fairy tale story, along the lines of Grimms

, the production of this film has some the most complex visuals in movie making possible. Pixar

Animated Studios rewrote their animation system after twenty five years to bring these computer-animated effects to the viewer.

Don’t miss out on this fantasy adventure film written by Mark Andrews, Steve Purcell, Irene Mecchi and Brenda Chapman.  To read more about the film, to learn about the characters and to watch a video trailer, please visit this website. http://bit.ly/yzz6Ky. 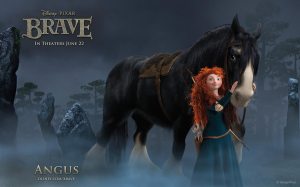 Have a nice weekend, everyone! Return next week to All Things Fulfilling to learn more about creative industry.

This blog brought to you by Sue Batton Leonard, author of Gift of a Lifetime:Finding Fulfilling Things in the Unexpected