“Show me a hero, and I’ll write you a tragedy.” ~ F. Scott Fitzgerald 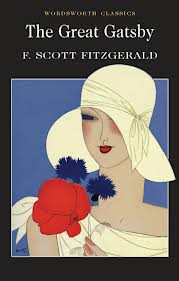 I feel as if I am becoming a Gatsby groupie! Today I walked into the Bud Werner Library, and saw a display case announcing the next One Book Steamboat (a community read). It is The Great Gatsby. “I’m in,” I thought, as I proceeded to the DVDs and took out the 2000 production of The Great Gatsby movie by A & E Television Networks. Then I wandered over the computer and put in a reserve for a copy of the book by the same title.

I guess I haven’t had enough of the Fitzgeralds, the Jazz Age and the Long Island social elite even though last summer on my vacation, I took in the movie The Great Gatsby with my sister and I also hawked my mother’s copy of  Zelda and read it.

Truthfully, I was disappointed in the latest rendition of the movie, with Leonardo DiCaprio. The visual effects, I felt, were so over the top and frantic that it distracted me from being able to absorb the tragic tale of wealth and entitlement. The telling essence of Jay Gatsby’s character weaknesses were lost in the visual chaos of the movie, rather being told by the dialogue of the story.

The book Zelda, for me, provided much better insight into the psyche of an artist who “never wanted to give in or give up” despite failure and rejection. The narrative told an up-close and personal story of the relationship between wife and husband, Zelda and F. Scott Fitzgerald and it gave historical perspective into their friendships with other contemporaries (filmmakers, writers and artists) from the era.

As a lead-up to the community discussion of the novel, on October 10th, the latest Leo Dicaprio version of “Gatsby” will be aired at the Bud Werner Library. I’ll probably skip it. But then again, perhaps with a second look I might have a different opinion. But I hope not to miss what will probably be a very fulfilling discussion on Monday, October 21st.  It will be led by the English teachers of SteamboatHigh School. I hope students are required to join in and read this classic novel.  For more information, please follow this link. http://www.steamboatlibrary.org/events/one-book-steamboat

Come on back tomorrow to All Things Fulfilling. This blog brought to you by www.CornerstoneFulfillmentService.com.