On April 10,  1988, a week after Easter, my husband and I had our son baptized in the church where I grew up. That day started an awakening of sorts for me. I stood on the altar in front of the baptismal font, promising to raise our son as a Christian. 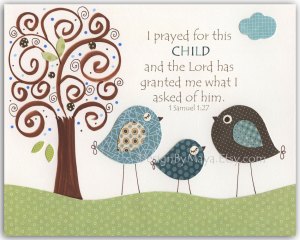 I also began to realize the awesome responsibility I had to my son to raise him the best way that I possibly knew how with my husband. That included a desire to share my beliefs with him as he grew up. I knew that adorable little infant would face a complicated journey called life, and having a foundation of faith, I felt would be important.

Several times over recent years I have blogged about how our society has changed since the decades of my growing up. In my opinion, there seems to be a lack of accountability to a “higher being.” One wonders whether this fundamental has changed our American culture.

I am curious. If you are a parent, did having children change your faith in small or big ways? Please post your comment.

This blog is brought to you by the author of Gift of a Lifetime: Finding Fulfilling Things in the Unexpected and Short Stories: Lessons of Heart & Soul.

Thank God for his priceless gifts and miracles around the world. ~ Unknown

“Good morning, Sunshine!” I said to myself as we began down a long cornfield-lined road, with sun rays gleaming on the dried golden stalks. It was a gorgeous morning on the Chesapeake. My parents and I were headed to a landmark that harkened to us from Route 213 in Kent County, Maryland.

As we drove up to the Shrewsbury Parish Church I said, “I feel as if I could be in England. This place looks like something from a British show on PBS.” All the while, I was thinking of the Vicar of Dibley, a program that I loved that is now longer broadcast.

We walked the grounds, peaked in the windows, read ages old headstones and just enjoyed being together as parents and adult child taking in the wonders of the season and the beautiful surroundings. Before we left the grounds, the Rector Rev. Henry M. Sabetti stopped and we chatted. We talked about my new memoir and I gave him a bookmark of  Gift of a Lifetime: Finding Fulfilling Things in the Unexpected. http://amzn.to/1vDFUMt.

Today, I’d like to share images with our readers. If you are interested in reading more about this historic church on the Eastern shores of Chesapeake Bay country, please visit this website.http://www.shrewsburyparish.org/Shrewsbury_Parish/About_Us.html.

It’s been wonderful spending time with my family while being on my East Coast book tour. That morning was just one of many treasured early lights of day that I have spent with my parents. Now I head back to the wild, wild west! 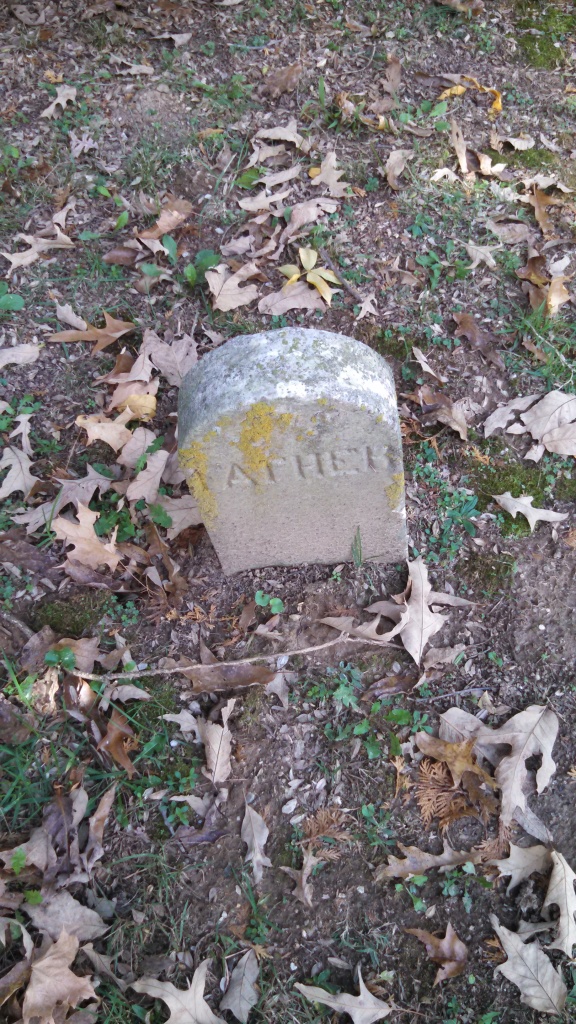 The two gravestones above must be for all the mothers and fathers who are in this final resting place in the churchyard of Shrewsbury Parish. 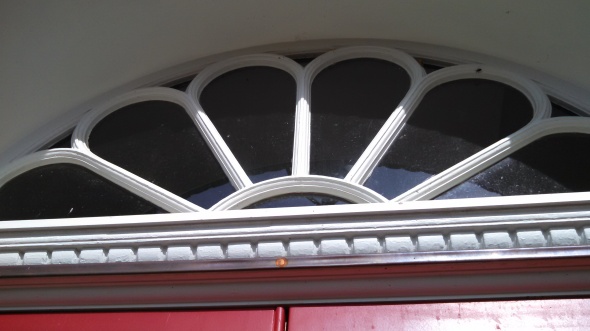 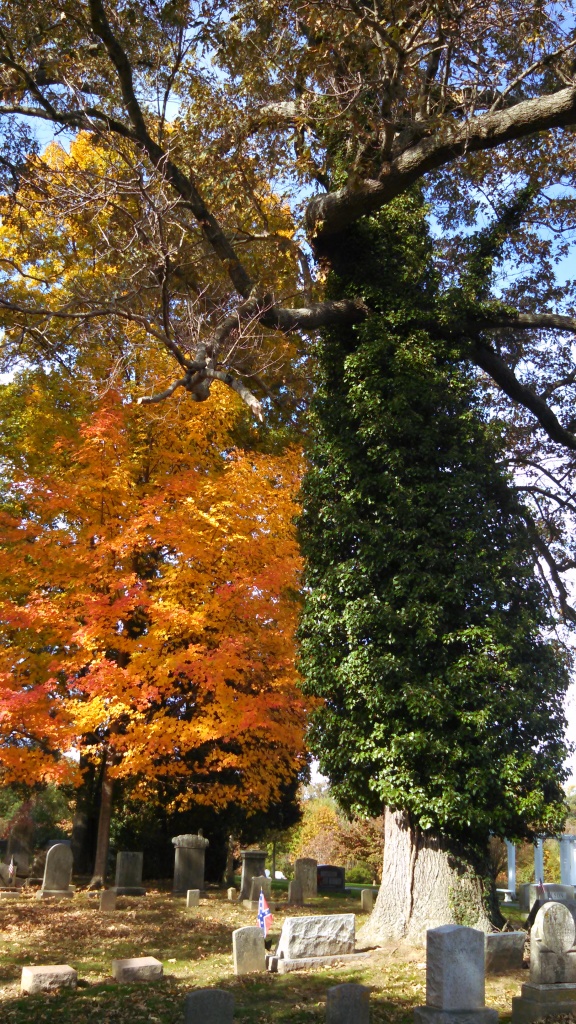 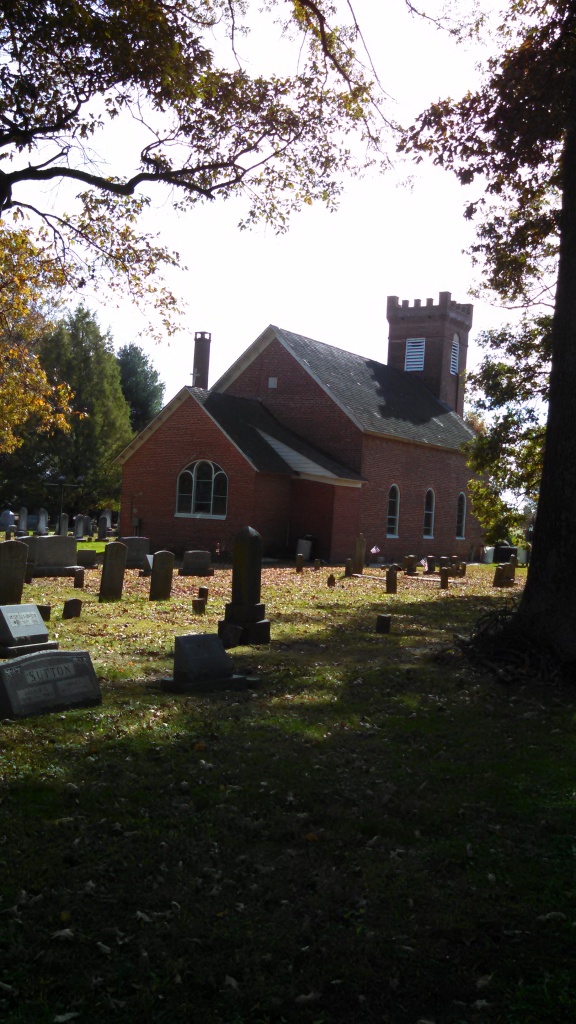 “Artistic talent is a gift from God and whoever discovers it in himself has a certain obligation: to know that he cannot waste this talent, but must develop it.”  ~ Arthur Schoenhauer

Sunday was such a joyful day for the family of a ten year old boy from Newport News, Virginia. He’s been visiting his grandparents in Steamboat, and found an opportunity that he didn’t expect when he arrived here – two chances to play the piano in front of an audience of a fully-packed church.

The boy is years beyond his peers in his musical abilities. To say he is “gifted” doesn’t quite cover it. Our first chance as a community to hear this youngster play the piano was Sunday, a week ago. He skillfully played “Let it Go,” from the soundtrack of Disney’s movie “Frozen.” It’s one of my current favorites.

Two days ago he returned to surprise his parents by playing Pachelbel’s – Canon on the pipe organ. While the student has been visiting,  the United Methodist Church in Steamboat has been letting this talented young artist practice on their piano in the sanctuary. His parents were not aware that he also has been allowed to try his hands, for the first time, on a pipe organ.

I got a little teary-eyed as I listened to the boy play the pipe organ so magnificently and skillfully for his young age. I couldn’t  help but think about all the young children who have undiscovered talents or not the right opportunities to develop them. In general, communities of caring people need to do better at helping children nurture their innate abilities. Whether a child’s talents lie in the Arts, Science, Communications or any other field that really holds their passions and interests,  having strong mentors is important.

The most beautiful part of this story – This child already understands the gifts that he has been given and where they have come from. Best to you always, Mason! You really impressed us.

This blog brought to you the author of Gift of a Lifetime:Finding Fulfilling Things in the Unexpected, Sue Batton Leonard. Now Available in Audio: Click here for info.

and also available in paperback and e-book!

It’s my belief that God gives us all gifts, special abilities that we have the privilege of developing to help us serve Him and humanity. ~ Ben Carson

“Wow!” Claire  is one skilled young lady,” I thought as I sat in a pew with my husband at the United Methodist Church, http://bit.ly/1kd4g61 on Thursday evening, listening to the second senior recital of the week. She revealed her vocal talent with her ability to sing a huge range of compositions from Mozart’s De Holle Rahe to How Great Thou Art to more contemporary songs, such as Let it Go from Disney’s 2014 animated film Frozen.

But that was not all. This young lady did not hold back. Claire has much more under her belt of musical accomplishments. She demonstrated her ability to play two different types of  flutes, the piano and her latest interest – jazz on the saxophone. Through the song Whirlwinds Dancing, she exhibited what a Native American Indian taught her – how to play the Native American cedar flute.

One of Claire’s many teachers has been with her since she began playing the penny whistle at five years of age. As her teacher Mary Beth Norris said last evening “it has been a pleasure to work with Claire. She is like a sponge and to have watched her grow into a beautiful young lady with outstanding musical talent has been so special.” Claire’s  other music educators Christel Houston, Derek Hurshman, Hannah Bowers and James Knapp had to have felt the same kind of pride for their contributions to the talent they nurtured.

It is a beautiful thing to see a student who understood at a young age what she was gifted with and has had all the resources she needed to develop her special musical endowments. Claire will go on to study music at the college level.

Another delightful evening in the community of  Steamboat Springs, Colorado. Where athletes and artists work hard to become world-class.

This blog is brought to you by Sue Batton Leonard, author of Gift of a Lifetime:Finding Fulfilling Things in the Unexpected.Sue’s memoir