“All good writing is swimming under water and holding your breath.”  ~ F. Scott Fitzgerald

Yesterday was the birthday of author of F. Scott Fitzgerald

We are all familiar with his notable books, which have become classics, but there are some lesser known facts about this author. Francis Scott Key, the composer of our National Anthem, was Fitzgerald’s 2nd cousin, three times removed.  Fitzgerald’s parents honored the memory of the composer Key by using “F.Scott ” to name their son. 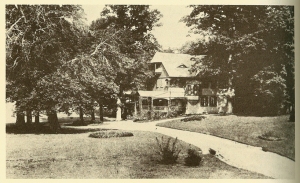 He also spent time living and writing at the Paix Estate in the suburbs of Baltimore in Towson, Maryland, the town where I grew up.   He lived there while his wife, Zelda, was being treated for schizophrenia. At that time he worked on his story of Dick Diver, a bright young psychiatrist who falls in love with one of his patients. Some historians say that his writing of this book provided Fitzgerald with a fulfilling way to tell his story of his marriage to Zelda and her mental problems. For info on the 2013 publicationk about Fitzgerald’s wife, please click here  Z: A Novel of Zelda Fitzgerald

His remains are in Maryland. Evidently because his parents were practicing Catholics, whereas he was not, there was controversy over his burial. To read more about his life and death, please visit this link. http://bit.ly/2IvUY8

F. Scott Fitzgerald also wrote for the Saturday Evening Post, Colliers and Esquire Magazine. His face graced the cover of the “Post” in a painting by Norman Rockwell that complimented his short story called “Bernice Bobs Her Hair.”

Happy Belated Birthday to F. Scott Fitzgerald, an author who helped to shape the literary world in this country.

Let's Talk Writing & Publishing. . Learn how to begin writing your story today! See the video on the Publishing Resource Page. Need assistance with learning how to successfully market over the internet? We'll set up the tools you need to e-market on the word-wide-web, and teach you how your product or service can become more visible through e-commerce and e-marketing. Custom designed services to fit your company's needs. For more information, see our e-marketing consulting page.
Join 789 other followers