“I am who I am because of the choices I made yesterday.” ~ Unknown

help define and fulfill our sense of self. These words took on even greater meaning when I began working in the independent publishing industry. 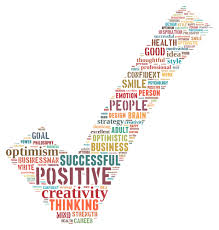 Those simple words that have kept me on track. Every time I’ve faced a challenge, and thought  “I’m going to try to,” I’ve substituted it with one the four important self-fulfilling statements, and then taken the necessary action that is required to complete the task or challenge.

Used to be independent publishers had to go it alone, but things have changed in the publishing industry.  According to an article dated 11-11-12 in the Miami Herald, http://hrld.us/17bIrAH, Bowker (the storehouse of publishing statistics) says independent publishing “has nearly tripled, growing 287% since 2006 and 236,625 print and e-titles” were non-traditionally published in 2011 alone. Since then, the e-book industry has prospered further and print-on-demand publishing has grown also.

The stigma behind independent publishing of books, films and movies has nearly disappeared, as standards and technology for desktop publishing have improved. In this day and age, it is often difficult to distinguish between an independent and traditionally published book.

If you are considering an independent publishing project,  now there is help and support available. I am, I can, I will and I do help people understand the newest generation of publishing through the webinar On the Fast Track: The Independent Publishing  Industry http://bit.ly/10cCp1Y and through the  information provided on All Things Fulfilling. Join us regularly on this on-line site.

This blog is brought to you by www.CornerstoneFulfillmentService.com.